Smartvillas Blog Getting married in Mauritius is possible !

Getting married in Mauritius is possible ! 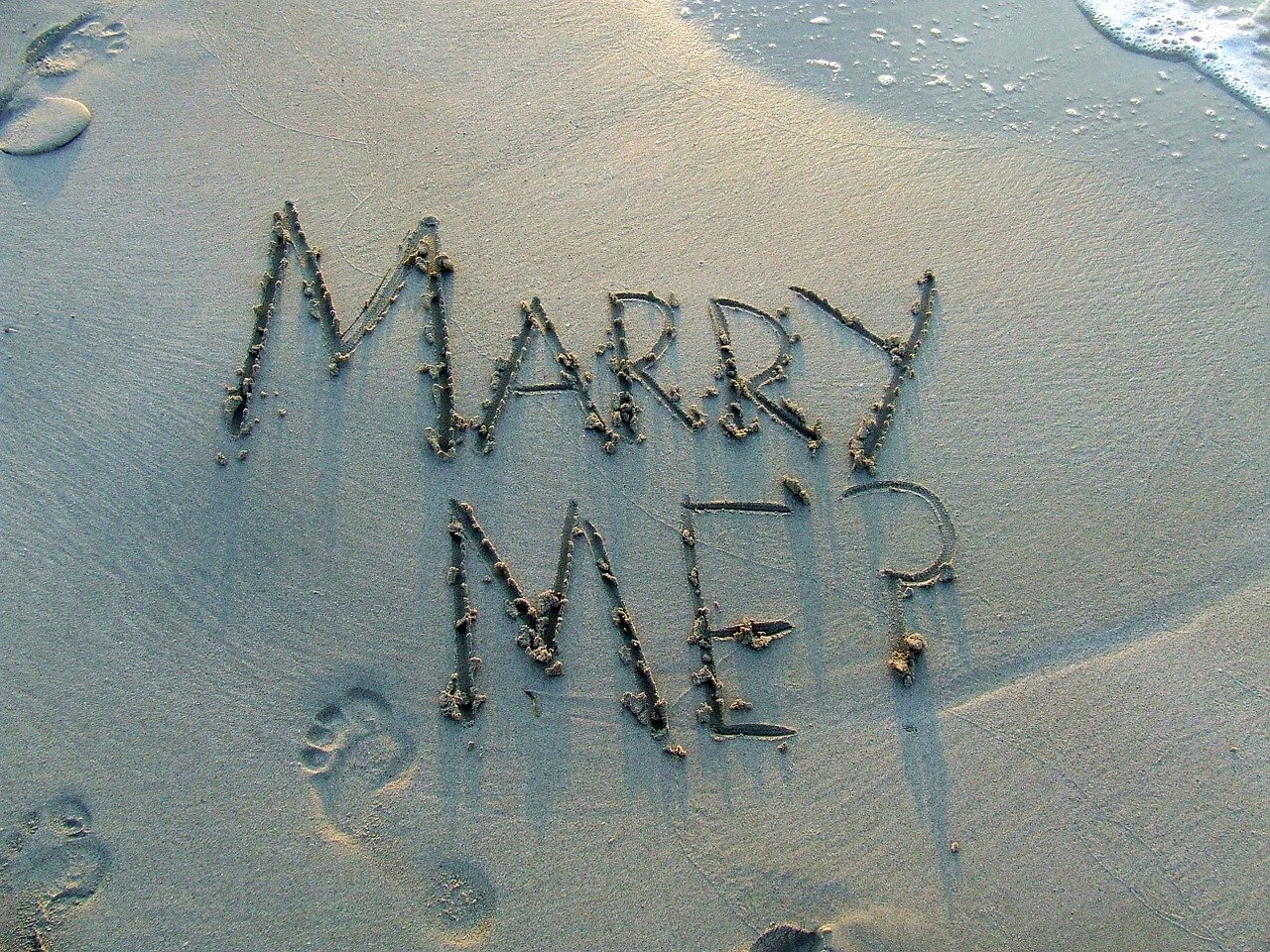 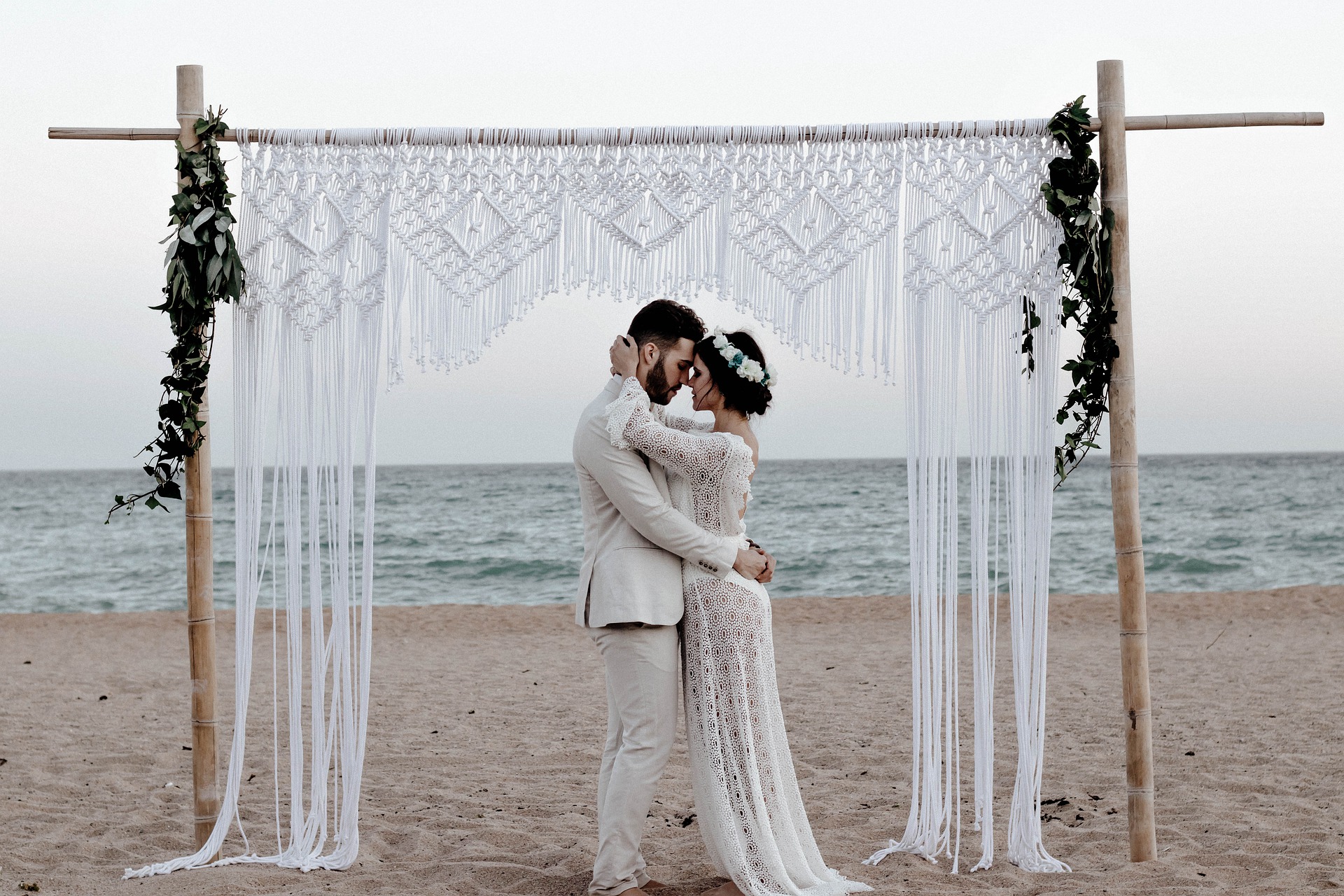 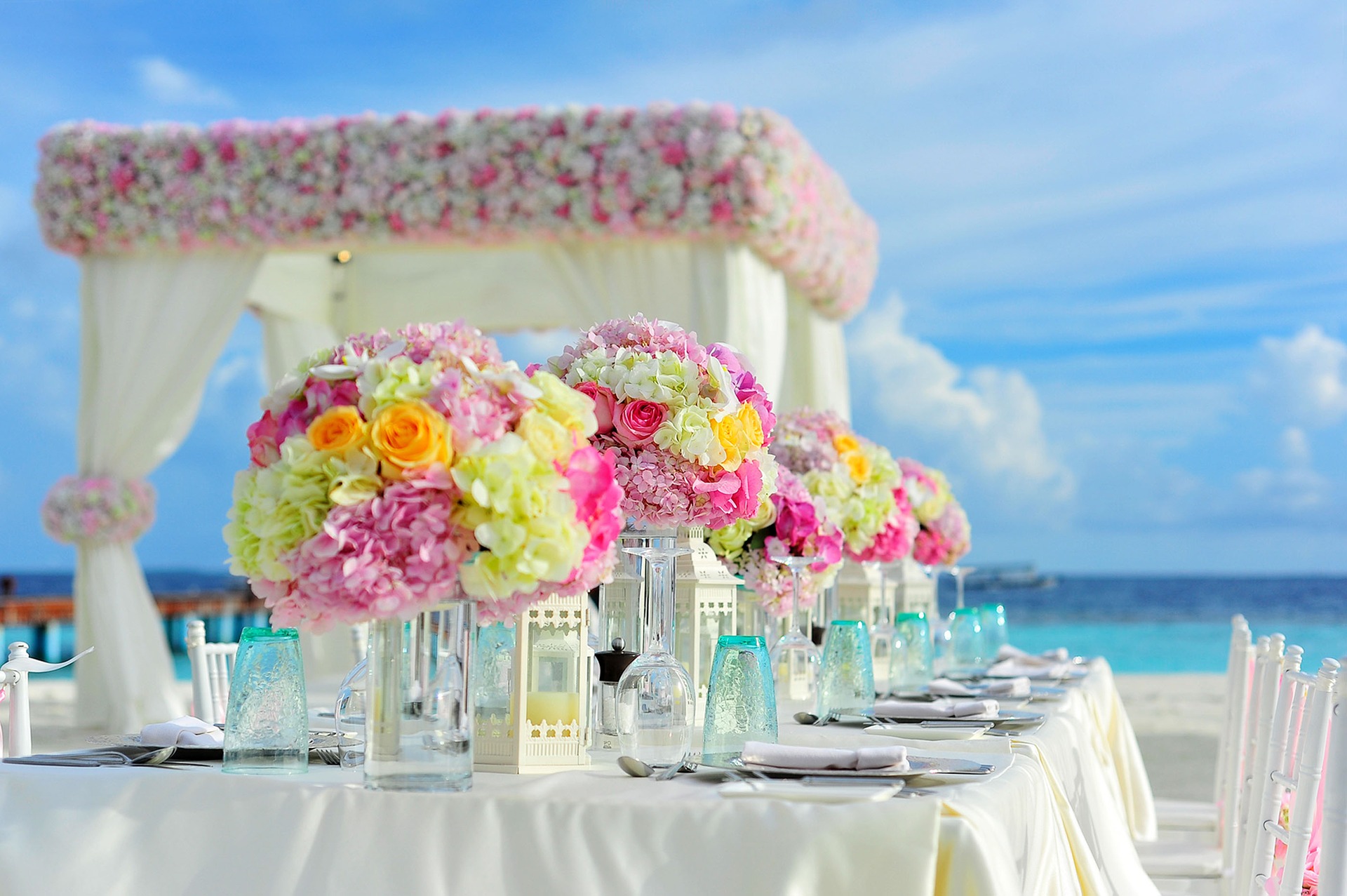 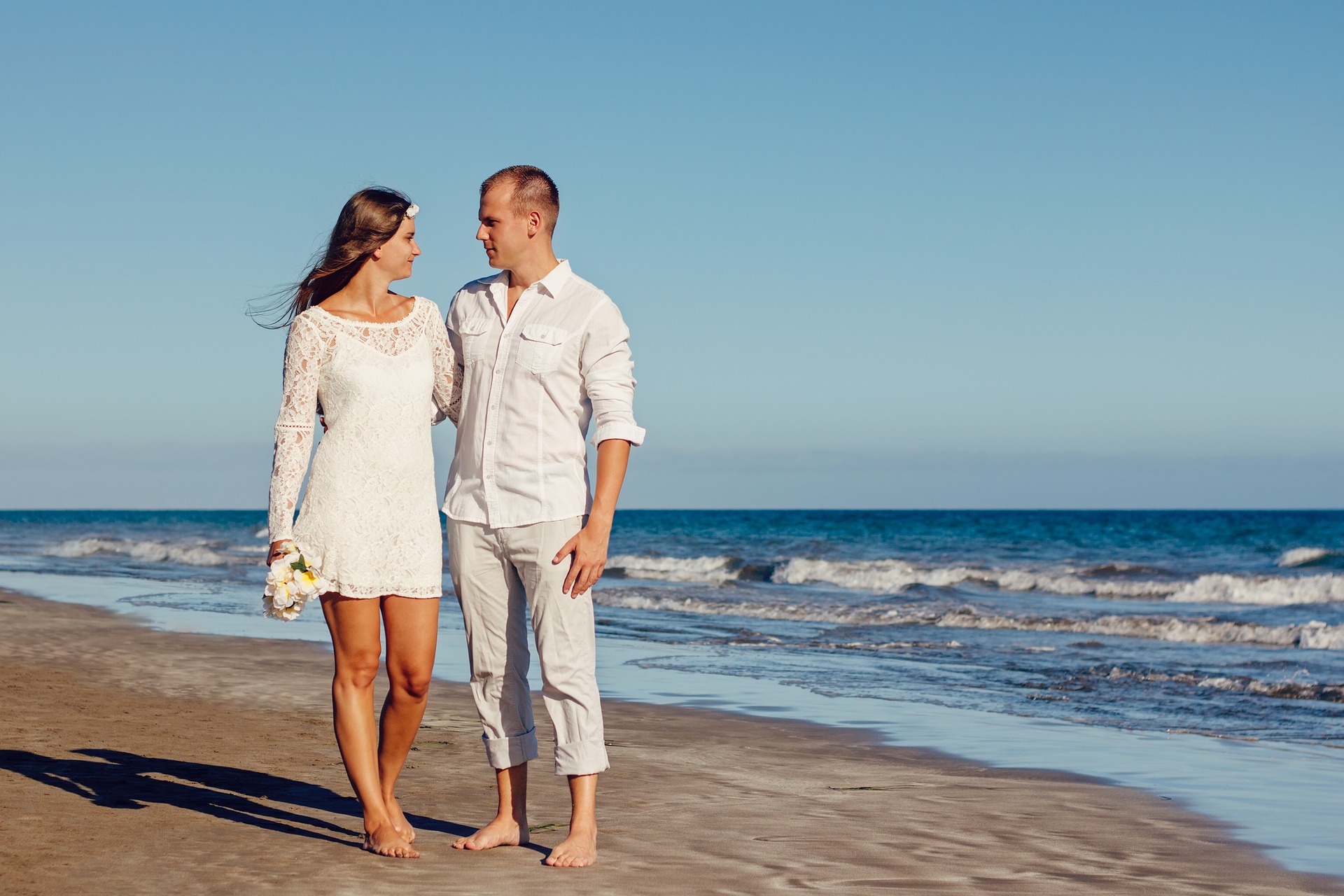 It is quite possible, but several formalities must be completed well before the date of your marriage in order for your union to be recognized by the French authorities. It will take at least 3 to 4 months in advance for the French Embassy in Mauritius and minimum 1 month before the date of your union for the request to the local authorities. Count in advance the time to gather all the administrative documents requested by the respective authorities.
Same-sex marriages are not allowed on the island, as are polygamous marriages which will not be recognized by French authorities.

– For the future Mauritian spouse:
1. Original Mauritian birth certificate of less than 3 months apostilled by the Prime Minister’s Office of Port Louis, and must include any previous marriages, divorces and widows.
2. Photocopy of his/her National Identity Card in addition to his/her passport.

– For the future French spouse:
1. Full copy of the birth certificate for less than 3 months for each of the future spouses. If the latter is in a foreign language, other than English, a translation into French, delivered by the competent court and translated by a sworn translator will be required.
Once the administrative documents have been assembled, the file must be deposited by appointment at the French Embassy in Mauritius or sent by post to:
Ambassade de France à Maurice
Sous couvert de la Valise Diplomatique
Service – État Civil
13 rue Louveau
92438 CHATILLON CEDEX

STEP 2
Once the CCAM in your pocket, head to the Prime Minister’s Office to validate your future union with the local authorities.
Documents to be produced for the publication of the banns in Mauritius:
 If the future spouses are NOT Mauritian citizens:
The request for a non-citizen / non-resident certificate must reach the Central Registry Office, 7th floor, Emmanuel Anquetil building, Port Louis at least one month before the scheduled date of marriage.
Civil marriage can be celebrated 24 hours after the publication of the banns by the local authorities.
Upon their arrival in Mauritius, the parties must appeal to the registrar of civil status, Central Office of Civil Status, to verify the original documents.
Documents to provide for the non-citizen / non-resident certificate request:
– 2 Photocopies of each birth certificate drawn up in English or French accompanied by the original. The date of issue of the birth certificate must not exceed 3 months.
– 2 photocopies of each passport (the first three pages only).
– All documents concerning a previous divorce, widowhood or change of name.
– For French nationals, the “Certificat de Capacité à Mariage (CCAM)” previously obtained from the French Embassy in Mauritius.
The certificate of non-citizen and non-resident will be issued to the parties after verification of their documents, the date of issue of which must not exceed 3 months.
The marriage will be celebrated in the office or in any private room by the registrar of the locality where the parties will reside after the publication of the 24-hour banns.
If the marriage takes place at the registry office of the locality of residence (house or hotel), this service is free. If the union is celebrated in the hotel or in any other private place, a payment of Rs 5000 must be made at the central registry office.
Two witnesses must be present at the time of the wedding ceremony.

 If one of the future spouses is Mauritian:
– For non-citizens of Mauritius:
1. Passport (original) + 4 photocopies of the photo page AND 4 photocopies of the page of the last arrival in Mauritius
2. Extract from birth certificate dated less than three (3) months + 1 photocopy. (in French or
English) duly apostilled
3. Proof of divorce / Previous marriage certificate less than three (3) months old
with the mention of divorce (if applicable) + 1 photocopy, (duly apostilled).
4. Death and marriage certificates less than three (3) months old for widows + 1
photocopy. (duly apostilled)
5. Certificate of criminal record (Original) from the country of residence, issued by the
police authorities and less than six (6) months old + 1 photocopy. (duly apostilled)
6. Work permit / residence (applicable to expatriates) + 3 photocopies;
7. Proof of financial means (employment contract or recent bank statement or pay slip
recent – last 3 months)
8. Medical certificate to the effect that the person concerned does not suffer from any contagious disease or
infectious, less than three (3) months old.
9. Declaration made before the Supreme Court of Mauritius against payment of a sum of
Rs 200 (form available free of charge at the civil status office).
10. Certificate of Marriage Capacity (CCAM) requested beforehand from the French Embassy
11. Marriage visa issued by the immigration office. For more detailed information,
please contact the immigration office.

Warning :
– All non-citizens must have resided in Mauritius for a period of at least seven (7) days immediately preceding the day of publication of the banns.
– All documents must be translated into English or French and duly apostilled if necessary.
– Any marriage of a non-citizen to a citizen will be celebrated at the registry office of Port Louis after a minimum period of ten (10) days from the date of publication of the banns.
– Those with dual nationality should produce their two passports.
– Those wishing to enter into a new marriage before the expiration of 300 days from the dissolution of the previous marriage by divorce or death must present a medical certificate of non-pregnancy.
– For Mauritian citizens:
1. Extract from birth certificate less than three (3) months old.
2. Mauritian national identity card.
3. Death and marriage certificates less than three (3) months old for widows / widowers, if applicable
takes place.
4. Previous marriage certificate with mention of divorce less than three (3) months old, if applicable
takes place.

STEP 3
Once the marriage has been celebrated, the French spouse may request the transcription of their marriage certificate in the French civil status registers.
1. Transcription request dated and signed by the French party (ies) (see below)
2. Original local marriage certificate, dated less than three months, apostilled by the Office of the Prime Minister of Mauritius at Port Louis (Prime Minister Office: PMO) if the marriage took place in Mauritius;
3. The originals of your birth certificates which are less than three months old, if you have not previously sent them
4. Where applicable, the original family booklet, for updating